The Bankruptcy Act of 1800 was the first bankruptcy legislation passed by Congress. It was repealed three years later. Since then, many versions have been passed. The most recent was passed in 2005. It’s called the “Bankruptcy Abuse Prevention and Consumer Protection Act,” or BAPCPA.

BAPCPA substantially changed the former bankruptcy code. Congress’ intention was to make filing bankruptcy more difficult for consumers, and it succeeded. One of BAPCPA’s goals was to force folks into chapter 13, to pay what the code calls “disposable income.” In doing so, the Code adopted the IRS Mean’s Test. That test compares like-sized households as to income. If a debtor and his family have income above the average, there is a presumption of “bad faith” with the filing of a chapter 7. Many attorneys do not like filing chapter 13s. And thus, many cases are mistakenly filed under chapter 7 when they should have filed chapter 13.

While the code is complex, and imposes a tremendous number of rules and restrictions, attorneys often look to the courts to interpret the code. We call that “case law.” A diligent attorney will stay current with case law to learn how the courts apply the bankruptcy code to real people and situations.

Since 1985, I stay as current as possible with reading new decisions. They often give me ideas how to apply the code for my clients. Below are some important decisions from the U.S. Supreme Court interpreting and applying the Bankruptcy Code.

Here are some of the most important Supreme Court decisions concerning bankruptcy.

Associates Commercial Corp. v. Rash, 520 US 953 (1997). The value of collateral in a “cram down” in chapter 13 is measured by what the creditor could obtain through the sale of the property.

Bank of America v. Caulkett, 135 S.Ct. 1995 (2015). Section 506(d) does not allow a debtor filing for bankruptcy to avoid a second mortgage when the debt owed on the first one exceeds the value of the collateral.

Brown v. Felsen, 442 US 127 (1979). The bankruptcy court is not confined to a review of the judgment and record in the prior state court proceeding when determining the dischargeability of respondent's debt. When a debtor asserts the new defense of bankruptcy, res judicata does not bar the creditor from offering additional evidence to meet that defense. A contrary rule would force premature federal issues on the state courts and would frustrate the command of the Bankruptcy Act that only honest debts are to be discharged.

Bullock v. BankChampaign, 569 US 267 (2013). Breach of fiduciary duty requires a showing of conscious misbehavior or extreme recklessness.
Butner v. United States, 440 US 48 (1979). Apart from certain special provisions, the Bankruptcy Act generally leaves the determination of property rights in the assets of a bankrupt's estate to state law.

City of Chicago v. Fulton, 592 US ___ (2021). Mere retention of estate property after the filing of the bankruptcy does not violate the automatic stay, § 362 (a)(3), as it is not an exercise of control over the property of the estate.

Cohen v. de la Cruz, 523 US 213 (1998). Debtors who commit fraud do not discharge the damages awarded for that fraud including penalties, under the bankruptcy code.

Commodity Futures Trading Commission v. Weintraub, 471 US 343 (1985). Trustee of a corporation in bankruptcy has the power to waive that corporations attorney-client privilege with respect to communications that took place before the bankruptcy petition was filed.

Federal Communications Commission v. Nextwave Personal Communications, Inc., 537 US 293 (2003). Section 525 the bankruptcy code prohibits the FCC from revoking licenses held by a debtor in bankruptcy upon the debtor’s failure to make timely payments owed to the FCC.

Field v. Mans, 516 US 59 (1995). The standard for excepting a debt from discharge as a fraudulent representation within the meaning of § 523(a)(2)(A) is not reasonable reliance but the less demanding one of justifiable reliance on the representation.

Husky Electronics, v. Ritz, 578 US ____ 2016). The court determined that “actual fraud language of the bankruptcy code encompasses traditional forms of fraud and is not limited to fraudulent representation.

Johnson v. Home State Bank, 501 US 78 (1991). The Johnson case involved a "chapter 20" situation in which a debtor, who was relieved of all personal liability under his mortgage by the discharge in his chapter 7 case, attempted to cure the arrears owing under his mortgage through the reorganization plan in his subsequent chapter 13 case. The Supreme Court defined the issue in the case as "whether a mortgage lien that secures an obligation for which a debtor’s personal liability has been discharged in a chapter 7 liquidation is a ‘claim’ subject to inclusion in an approved chapter 13 reorganization plan."

Kawaauhau v. Geiger, 523 US 57 (1998). A debt arising from a medical malpractice case, attributable to negligence, does not fall within the exception to discharge under 523(a)(6), as it is not “willful and malicious injury by the debtor to another.

Kelly v. Robinson, 479 US 36 (1986). An example of when the Court adds to a statute requirement that were not contemplated by Congress. Section 523(a)(7) preserves from discharge in Chapter 7 any condition a state criminal court imposes as part of a criminal sentence. Thus, restitution obligations, imposed as conditions of probation in state criminal proceedings, are not dischargeable.

Lamar, Archer & Cofrin, LLP v. Appling, 584 US ___ (2018). Single-asset statements qualify as “statement[s] respecting the debtor’s . . . financial condition” for purposes of Bankruptcy Code §523(a)(2)’s exceptions to discharge; where, as here, a single-asset statement is not in writing, the associated debt may be discharged.

Law v. Siegel, 571 US 415 (2014). The bankruptcy court exceeded its authority when it ordered that a debtor’s exempt assets be used to pay administrative expenses incurred as a result of the debtor’s misconduct.

Marrama v. Citizens Bank of Massachusetts, 549 US 365 (2007). Section 706 does not allow conversion to another chapter with the existence of bad faith. Another example of the Court legislating from the bench.

Midland Funding v. Johnson, 581 US ____ (2017). The fair debt collection practices act is not prevented creditor from filing a proof of claim on unpaid debt in a chapter 13 case even after the statute of limitations has run.

Patterson v. Shumate, 504 US 753 (1992). The plain language of the Bankruptcy Code and ERISA establishes that an anti-alienation provision in a qualified pension plan constitutes a restriction on transfer enforceable under "applicable nonbankruptcy law" for purposes of § 541(c)(2).

Pennsylvania Department of Public Welfare v. Davenport, 495 US 552 (1990). The Code's language and structure demonstrate that restitution obligations constitute "debts" within the meaning of § 101(11), and are therefore dischargeable under Chapter 13. (Congress got rid of that pretty quickly.)

Perez v. Campbell, 402 US 637 (1971). Arizona's law suspending a driver's license was unconstitutional due to its conflict with the federal Bankruptcy Act under the Supremacy Clause of the Constitution.

Rake v. Wade, 508 US 464 (1993). Wade is entitled to preconfirmation and postconfirmation interest on arrearages paid off under petitioners' plans. As a result, Congress amended the bankruptcy code.

Rousey v. Jacoway, 544 US 320 (2005). The Rouseys can exempt IRA assets from the bankruptcy estate because the IRAs fulfill both of the §522(d)(10)(E) requirements at issue here—they confer a right to receive payment on account of age and they are similar plans or contracts to those enumerated in §522(d)(10)(E).

Schwab v. Reilly, 560 US 770 (2010). Someone who files bankruptcy is allowed to retain the value of certain property that would otherwise be sold to pay off debts, but only to a certain dollar limit. If the value of the property is more than what was estimated, the value above the exemption may be sued to pay creditors.

Taggart v. Lorenzen, 587 US (2019). A creditor may be held in civil contempt for violating a bankruptcy court’s discharge order if there is no “fair ground of doubt” as to whether the order barred the creditor’s conduct.

Taylor v. Freeland & Kranz, 503 US 638 (1992). A trustee may not contest the validity of a claimed exemption after the Rule 4003(b) 30-day period has expired, even though the debtor had no colorable basis for claiming the exemption.

Till v. SCS Credit Corp., 541 US 465 (2004). Supreme Court decision that established how we calculate the interest rate on a secured claim in a Chapter 13 case. The debtor in Till bought a used truck for 21% interest on a $6000 purchase. The plan proposed to pay 9.5% on the car claim. The creditor predictably wanted the contract rate. The trend seems to be the prime interest rate plus a few more points.

United States v. Whiting Pools, 559 US 260 (2010). The Court held that because the seized property was essential to Whiting's reorganization effort, it refused to lift the stay. The court directed that the IRS turn the property over to Whiting on the condition that Whiting provide the IRS with specific protection for its interests.

United Student Aid Funds Inc. v. Espinosa, 559 US 260 (2010). Chapter 13 plans which discharge student loans are not void if the debtor fails to provide evidence of “undue hardship” in an adversary proceeding. 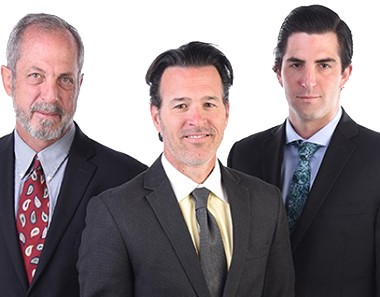 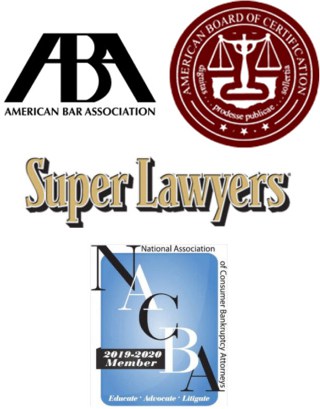 GET THE FRESH START YOU DESERVE IN LIFE
Our Bankruptcy & Debt Consolidation Experts are Here for You Call us today at (303) 623-4357
Copyright © 2022 - All Rights Reserved.